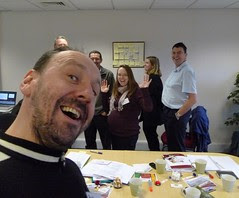 Yesterday I joined Kathryn Alton and a bunch of colleagues from the British Society of Soil Science's new Council Committee for an induction session, at Cranfield University. As well as being incredibly helpful, it was a great team building exercise. I think that you will agree from the photos that it is going to be a fun couple of years......
at 17:45 No comments: 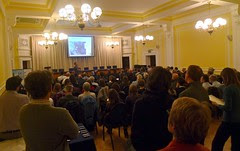 Untitled
Originally uploaded by Soil & Water Science
Last week was an exciting gathering of the nation's catchment scientists in Central London to celebrate the progress of the National Defra Demonstration Test Catchment projects. It was particularly exciting because the level of national interest was much higher than we had dreamed, with literally standing room only and many folk left on 'standby' for places as it was very well subscribed - interest was high (some pictures from me here).

My job was to observe the big array of presentations of day one and to give a sum up address. I noted and suggested that the journey so far can be summed up in three phases as:

NEW TERRITORY
The teams of the Eden, the Wensum and the Hampshire Avon along with Defra and the wider family of projects and players, have all done a great job setting up the platforms and starting the new way of feeding the evidence base. This is tough stuff, it is not replicable pot or plot experiments, this is catchment science and it involves people, their land and their livelihoods. Setting up such a study in its own right is difficult going - and all involved should be proud of where they have got to.

IRRECONCILABLES.....
Some things do not add up, they are not perfect and are uncomfortable. But that's ok, it is not a perfect world, instead there exits much complexity and hence uncertainty. Different catchments respond at different speeds and at different rates of hysteresis. There was perhaps an over emphasis (I feel) on delivery mitigation and not so much on source and mobilisation control - take note readers and think about this. Delivery modification is simply closing the stable door. We need to be stopping the inputs and the initial detachment and solubilisation of the pollutants.

BUILDING TRUST AND COMING TOGETHER
It takes time to build trust and on the time scale of partnership building the ship of trust is just leaving the harbor and heading towards open waters (sorry for over stretching the ship analogy there!). We raised issues 'what farmers and, what science?' and it was pointed out that 98% of CSF farmers thought that their farms were contributing 'little if not at all' to diffuse pollution.  Clearly there is work to be done.  New ways of managing data and knowledge through the data archiving and the hub were suggested and a new tool kit proposed.

The next phase will need lots of patience, lots of careful eyes on the detail of the science and lots of KT. 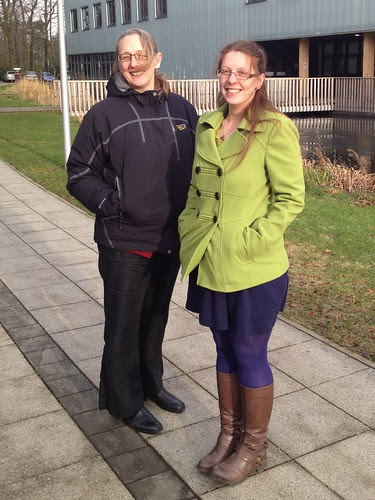